After more than 20 years of development and more than 30 years of connecting prestigious American programs, APU Educational Development Group has established itself as a prestigious education corporation in Vietnam and worldwide.

APU American International School is a member of APU Educational Development Group. APU has been providing high-quality training programs to local and foreign students in Vietnam.

Alumni from APU school have achieved excellent results and are placed on the Dean’s List at prestigious universities globally such as Canada, England, Australia, New Zealand, with a focus on the United States.

From the early stage, APU strives to develop positive, contributing members of the local and global community. Particularly, It is an essential guideline for all activities and educational orientation of the school.

Students at APU will be fully developed in terms of knowledge, skills, global awareness, culture, and qualities of global citizens in the new era.

“At APU, you are encouraged to challenge yourself and explore subjects beyond the core requirements. Thanks to Dr. Binh Tran’s broad view on multifaceted education, I was fortunate to participate in a pioneer program introducing students to various courses and after-school programs ranging from advanced math and science, creative writing to intercultural-focus activities. All of which, unbeknownst to me at the time, contributed to shaping a solid foundation, pivotal to my future career.” Dinh Khang Hy – APU alumnus of the 2009-2010 class shared his time at APU. He is completing his Doctor of Science degree at Tufts University.

Dinh Khang Hy – APU alumnus of the 2009-2010 class. He is completing his Doctor of Science degree at Tufts University.

Nguyen Bang Thanh is a talented APU alumna who graduated in 2010. When sharing about APU, she stated that the school played an essential role in her success story. It was where she got exposed to the American communication, culture & environment; where she learned to be confident in herself. Also, she would love to send her gratitude especially to APU female professors and Dr. Binh Tran for showing her that “women have the power to make differences in an organization and take on leadership role in whatever they put their hearts to.”

Nguyen Bang Thanh is an APU alumna who graduated in 2010. Thanh works as a Team Leader in 787 Boeing Commercial Airplane.

Ngo Thien Bao, an APU talented salutatorian of the class of 2018, expressed his interest in the CBP program: “With the College Bridge Program (CBP), an exclusive program at APU, I earned American university credits while studying at APU. Thanks to this, I became familiar with the American studying method and shortened study time at high school and university. Furthermore, through APU’s CBP, I was awarded scholarships and transferred directly to the University of Missouri-Kansas City, one of the top 200 universities in America, to continue pursuing my passion for Computer Science.”

APU also emphasizes the importance of STEM education from elementary to high school. STEM is a curriculum based on educating students in four specific disciplines – science, technology, engineering, and mathematics – in an interdisciplinary and applicable approach. This curriculum is widely used in schools in many developed countries around the world, particularly the United States.

For 20 years, APU has been focusing on talent training, constantly developing, and committed to providing a qualified American education experience in Vietnam.

Experiment in the APU’s Labotary 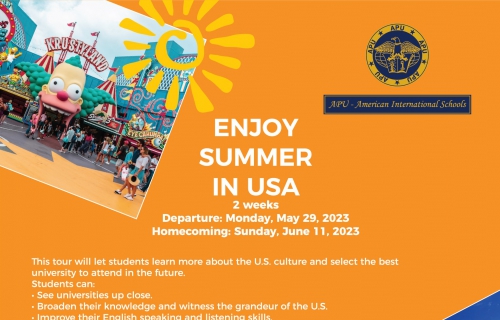 The annual USA Tour organized by APU American International Schools and the American University in Vietnam - AUV is back with even more heat than ever. 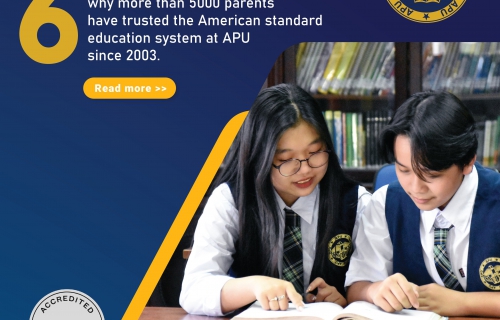 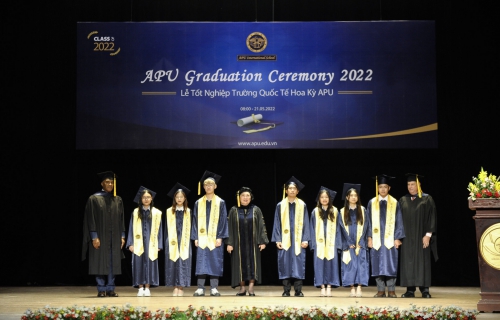 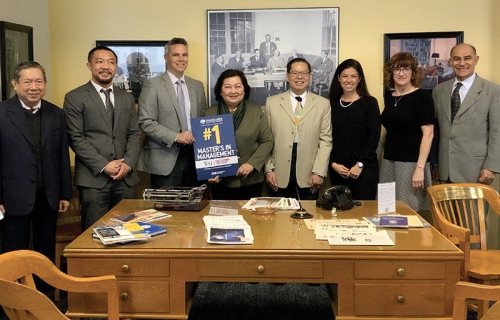