APU International School in Ho Chi Minh City (APU HCMC) has for a decade-and-a-half provided students with a chance at bettering their lives through education. Earlier this month, APU took a step into the global future as 20 of its high school students traveled to Singapore to take part in the school’s first-ever Model United Nations conference.

APU International School in Ho Chi Minh City (APU HCMC) has for a decade-and-a-half provided students with a chance at bettering their lives through education. Earlier this month, APU took a step into the global future as 20 of its high school students traveled to Singapore to take part in the school’s first-ever Model United Nations conference.

The APU delegation returned to HCMC after its three-day conference (October 9-11) having experienced, as one student, Alice Le, grade 11, put it, “A whole new world.”

Indeed, the APU students met, listened to, debated with, and discussed with high school students from countries such as India, Australia, Malaysia, Indonesia, Bangladesh, China, Thailand, Japan, South Korea, Taiwan, and the United States. The students confronted global issues such as the illicit trade of small arms, migration due to severe climate changes, benefits and problems related to cryptocurrency, the empowerment of women, the question of hormone regulation in the Olympics, and international collaboration for achieving water security. These are topics most of our students may never have been exposed to without the research and preparation required by the Model United Nations.

Students were required to adopt a professional demeanor that included business formal attire, punctuality (attendance was taken at each committee meeting), and mastery of the lexicon of official meetings of the United Nations such as caucus, agenda, dais, placard, roll call, speakers’ list, draft resolution, yield to the chair, motion to postpone, and motion to adjourn. Students were required to refer to themselves as “The delegate of_(country)_” and were required to address others as “The delegate of _(country)_.”

Students woke up each day before 7 a.m., ate breakfast, and walked to the convention center where they began their committee meetings at 8:30 a.m. Students received several short breaks and an hour for lunch and for dinner each day before finishing the day around 9 p.m. They then walked back to the hotel to get a good night’s sleep for the next day. It was a demanding schedule that brought out the best of our students. They pushed themselves to achieve a level they may not have realized they could reach. After the first day, one of our students, Alex Le, was asked if he had a chance to speak in front of his committee. He said he had not. “I have many things I want to say,” he said. “But I am scared.” Alex’s United Nations Environment Program Committee was one of the larger ones consisting of 53 students from around the world. On the second day of the conference, Alex did speak in front of the committee and said he was pleased with what he said. This is an example of the type of growth and encouragement that the students experienced and that was unique to an event like a Model UN conference.

The entire experience of having to dress in an unfamiliar manner, in a mostly unfamiliar country, speaking and listening entirely in English to other high school students from around the globe, was truly representative of a whole new world. 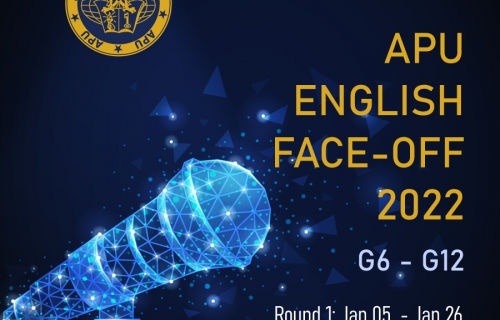 The APU ENGLISH FACE-OFF 2022 is organized in order to help APU-ers to gain confidence, and develop an interest in learning English. The competition allows APU students to demonstrate their linguistic and intellectual abilities through presentation and question-and-answer session. 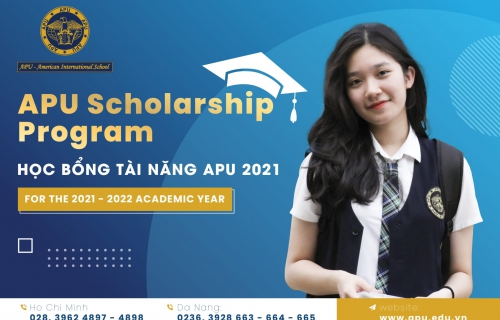 “APU strives to develop positive, contributing members of the local and global community. As community members, students demonstrate concern, not only for their personal well-being but also for the well-being of others. Through problem-solving, empathy, altruism and community service, APU inspires students to become global leaders.” 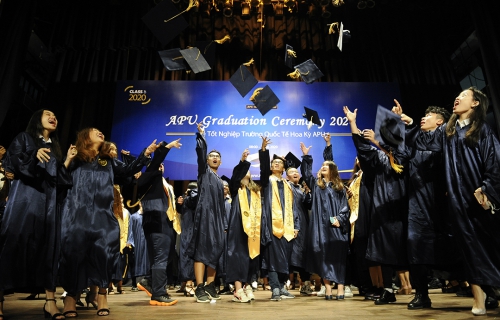 On 14 June 2020, APU International School held the Graduation Ceremony of the 2019-2020 academic year at HCMC’s prestigious Opera House to celebrate the success of its students throughout this extraordinary school year. 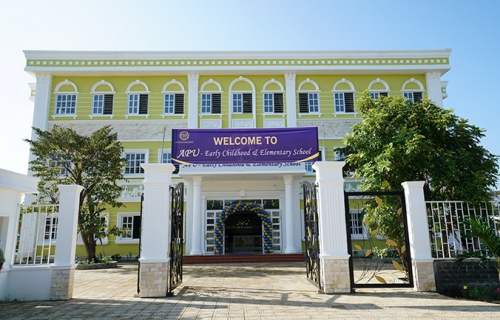 The new Elementary School building occupied over 3000 square meters and situated in a playfield area of 1 acre, consisting of 15 classrooms for Pre-K to Grade 5 students! The classes are well-equipped with modern designs, including many technological advances such as personal computers with Wi-Fi